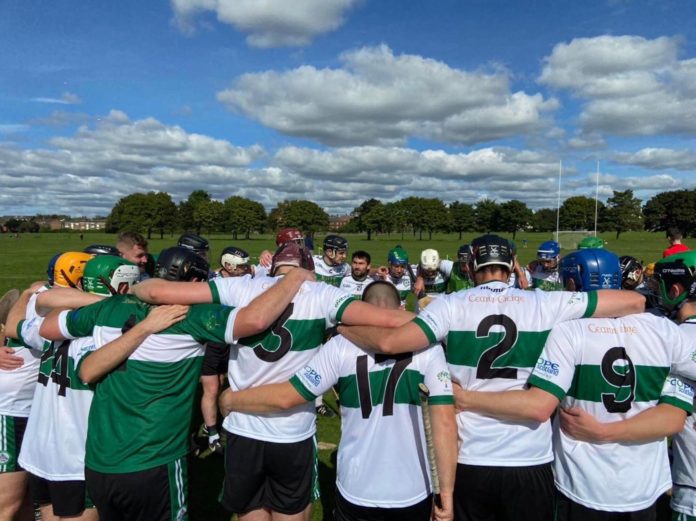 SEPTEMBER proved to be another busy month for Ceann Creige Hurling and Camogie Club.

The club began the month with its Senior Men’s side (above) recording a great win in the League semi-final, which set up a League Final match against Fullen Gaels in Liverpool.

While the game started off badly for the team, their grit and determination saw the manage to pull it back and equalised with minutes to go. Unfortunately, the team lost a goal and Fullen Gaels ended up being proclaimed League Champions for 2022.

A club spokesperson spoke of their pride at the team’s efforts and praised how far they have come in their first competitive year, while congratulating the victors.

“It was not our hurlers’ day in the Lancashire Hurling League Final. They left it all out on the field as they fought till the end for each other,” they said. “It was a game that they were never ahead in but a game they never gave up in.

“Congratulations to Fullen Gaels on their victory and reminding everyone why they are the current All-Britain Champions. Many thanks to Richie also for a good refereeing performance by letting the game flow and to Lancashire GAA for their prep for the day.”

As The Irish Voice was preparing to go to press, the team were turning their attention to the Championship and their first fixture against Yorkshire Emeralds.

The Camogie team, meanwhile have been busy training and looking to get as many matches as possible in the months ahead too.

On the youth front Ceann Creige have been busy too. Another youth session was held on a Monday night, at Barrachnie Park, but because of the dark nights the club have now moved to the session to Garrowhill Primary School.

During September, some of the youth members went on an outdoor weekend in Derwent hill in the Lake District. In addition to being a fun weekend, this was a great opportunity to develop team building and leadership skills.
Two weeks later the club headed to Derry with some of its youth players. This involved a joint training session with Anrai Seoighe and Maire Aine CLG & CC.

“We’d like to say a big thanks to the club for their great hospitality,” a club spokesperson said. “Hopefully they will come to Glasgow soon and we can return that hospitality.”

Among the many other fun activities that took place over the weekend were a visit to the Giants Causeway and a chance to attend the Derry Hurling Championship Final.