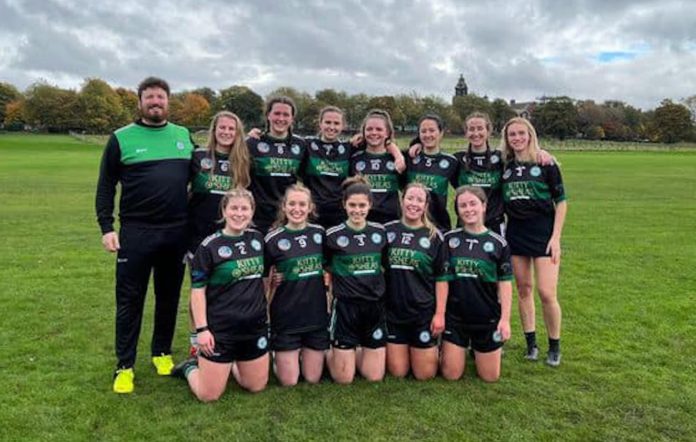 AFTER six weeks of schools coaching, Ceann Creige ended the sessions with a school’s tournament with Avenue End, Sunnyside and St Rose of Lima competing.

A close final saw St Rose of Lima end up as the eventual winners. The tournament proved to be great in terms of raising the club’s profile in the local area, given that it has already gained some new members since hosting the competition.

After a great season the men’s team reached the Championship Final. Despite not getting the result in the end the club couldn’t have asked for any more from the team. The match was a very close run affair, with Ceann Creige leading by two points at half time. Up until almost the final whistle, the Glasgow-based side were leading but with about 30 seconds to go Fullen Gaels equalised. Given that this is the men’s first year playing competitive matches, the future looks really bright for the side, who will no doubt learn from this year’s experiences and look forward to next year. The match was also broadcast on YouTube, which meant that many family members and friends were able to watch even if they couldn’t attend the final.

The club’s Camogie team (above) have been training hard, but due to lots of last minute fixture changes, they haven’t had as many games as they would have liked. The team did, however, travel down to Liverpool to compete in the autumn blitz.

“There were lots of great passages of play, which showed the other teams involved what a strong team we have and hopefully next year we will be able to get more fixtures as numbers are continually increasing,” a club spokesperson enthused.

Ceann Creige’s youth team were also delighted recently to welcome the Glasgow Gaelic School for a mixed match to prepare the Shinty team for their visit to Belfast.

The club’s AGM is set to take place on Wednesday, November 30 at 7.15pm at Belvidere Bowling Club, which will provide an opportunity to review the year and plan for an exciting 2023.