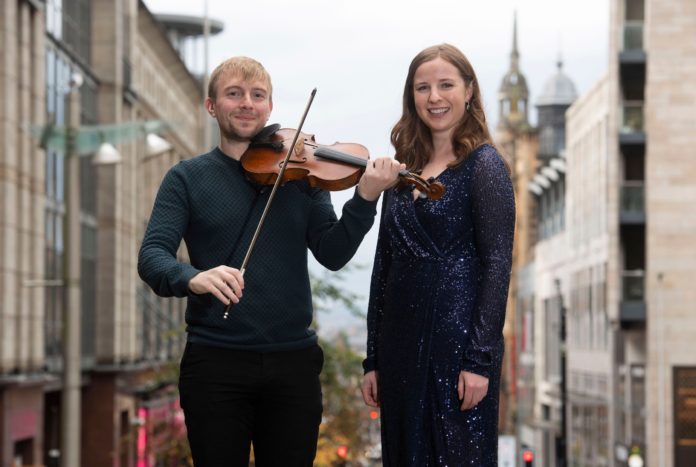 CELTIC Connections is poised for its 30th anniversary after it unveiled the line-up for the Glasgow event.
The folk festival will welcome from acts across the world including countless acts from across the Irish Sea.

Last month, organisers revealed that the festival will take place from January 19 to February 4 with an impressive and varied programme of gigs and shows, including the opening the Celtic Connections 30th Anniversary Concert at the Glasgow Royal Concert Hall.

The premier concert is expected to showcase the history of the festival, featuring a variety of artists who have featured prominently at Celtic Connections over the last three decades. It will also include up-and-coming artists from across the folk scene.

Celtic Connections has grown from its first festival in 1994 to include over 300 events across 30 stages, with an annual attendance figure of over 110,000.

Creative Producer for Celtic Connections Donald Shaw said: “Our 30th anniversary is a hugely important moment for the festival, especially considering the last couple of years.

“The last two years have been incredibly tough for so many musicians and the live entertainment industry in general, so Celtic Connections 2023 is an opportunity to commemorate how far the festival and the Scottish music scene has come, and to also celebrate the fact that we are still here.

“Celtic Connections is still showcasing some of the best music Scotland and the world has to offer, established and emerging musicians are still here creating and performing, audiences are still here enjoying the cultural exponents of our country and other nations from across the world.

“Sharing our music and our arts is a vital part of our human existence, connecting us and enriching lives, and we have missed that. I can’t wait to revel in a live festival once again and celebrate the resilience and the longevity of our sector.”

Culture Secretary Angus Robertson commented: “Celtic Connections has been lighting up the dark days of January for 30 years and it is good to see them back after the challenges of the pandemic with such a fantastic in-person line-up to celebrate this special anniversary.

“Over the years the festival has built up a reputation for staging world-class traditional music talent from Scotland and abroad and the Scottish Government is delighted to support it through the EXPO fund.”

To see the full lineup and to purchase tickets, visit the Celtic Connections website.