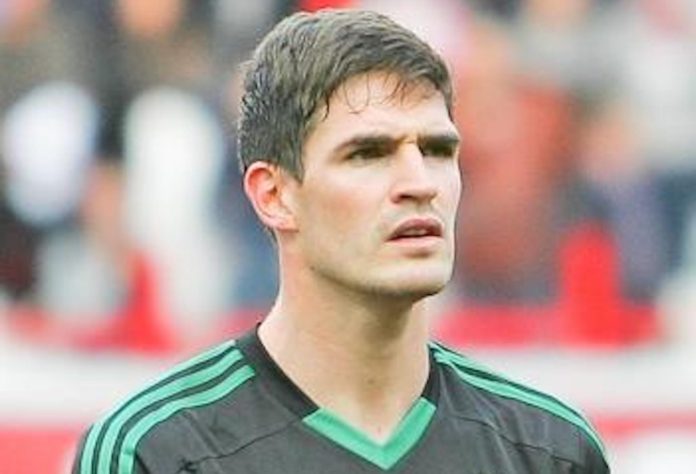 INCIDENTS of anti-Irish racism have once again forced attention on to Scotland’s approach to an established and persistent problem.

In Kelty, an ex-soldier admitted an act of anti-Irish racism during an incident in which he assaulted a child and racially abused police officers. He said that he had a hatred of Irish people due to his service in the British Army.
Gary Beveridge was served with a community payback order, with 12 months supervision and a 12 week restriction of liberty order, by Sheriff James McDonald for the offences.

“The incident occurred after Beveridge fell and hurt his shoulder when intoxicated,” reported the Dunfermline Press. “He was abusive to ambulance staff and then to police officers.

“He told the police he had served in the army and hated Irish people. He called one of the officers an ‘Irish c’ and said his colleague was a ‘Paki b***’.”

Footballer’s foul-mouthed comment
Ex-Rangers player Kyle Lafferty also made headlines while on international duty with Northern Ireland, with the Kilmarnock striker being filmed on a night out making a hate-filled comment to fellow revelers. He now faces a 10-game ban and has committed to undertake education programmes.

In the video clip, after posing with a member of the public, Lafferty responded to a comment of ‘Up the Celts’ by turning away only to quickly spin back around and shout that the individual and his friends were ‘pack of Fenian bs.’ He was removed from the Northern Ireland squad and both Kilmarnock and the SFA launched an investigation.
Having been fined a ‘substantial amount’ by his club, Lafferty (above) now also faces a ban of up to ten matches after the slur.

In a statement Kilmanock said that the club and the supporters had been let down by his actions.

“Kilmarnock Football Club has concluded its investigation into an alleged comment made by Kyle Lafferty which was circulated across social media via a video recording on Thursday, September 22,” the statement read. “The club can confirm that Kyle regrets his actions and acknowledges that he has let down himself, his family, the club and the supporters.

“Kilmarnock Football Club has subsequently taken internal action, including the serving of a substantial fine. The club has also engaged Scotland’s leading anti-sectarian charity, Nil By Mouth, which will work closely with Kyle on a one-to-one basis, in addition to delivering training to our first team squad and academy squad members, to provide education which the charity believes is key to tackling sectarianism in society.

“Kyle has also committed to supporting the club’s community projects which will see him participating in Nil by Mouth’s educational initiatives, in addition to serving Kilmarnock’s ‘Football for All’ programmes on a weekly basis for the foreseeable future.

“A Notice of Complaint has now been served and received by the club from the Compliance Officer at the Scottish FA with regards to the player, Kyle Lafferty. This hearing will be heard on Thursday, 20 October 2022. The club will now focus on fully cooperating with the Scottish FA’s investigation.

“Kilmarnock Football Club would like to thank Nil By Mouth for their ongoing support in this matter.”

Misidentification and narrative
However, questions have been raised about the swiftness of the reaction to the Lafferty incident, when similar expressions are routinely ignored within the world of Scottish football, and the reaction from across Scotland has been to place the term used by Lafferty firmly into the sectarianism narrative.

Call It Out: The Campaign Against Anti- Catholic Bigotry and Anti-Irish Racism have previously called for such abuse to be correctly identified as anti-Irish, but the reaction to the Lafferty incident has once again seen Nil By Mouth be consulted as the authority on the issue.

Speaking to The Irish Voice, a spokesperson for the campaign explained the need to tackle the root of the issue rather than the symptoms.

“We are far more concerned about the institutional racism which is embedded in the Scottish legal system and in the practices and policy of national and local government than in a one-off comment which is amplified by social media. The fact that Mr Lafferty chose to use those words to a Celtic supporter was not an accident and it is also not unusual, but we do not condone targeting the employers of individuals for one-off incidents like this.

“More importantly, we condemn the failure of Kilmarnock Football Club to recognise this as racism and we certainly do not support swelling the coffers of organisations like Nil By Mouth who continue to live off the ‘sectarianism’ industry. They have no interest, indeed quite the opposite, in addressing institutional anti-Irish racism in Scotland.

“Had the man in the Dunfermline case used the word ‘Fenian’ instead of ‘Irish’—even though they are used interchangeably in most cases—he would have been charged with a religious and not a racial aggravated offence. That tells you all you need to know.”