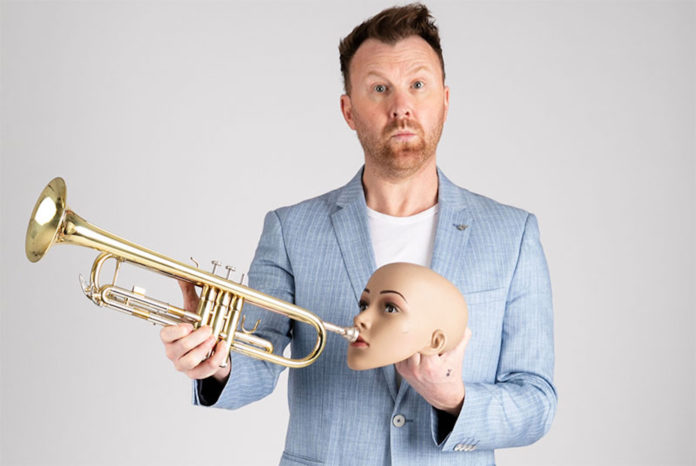 ONE of Ireland’s best loved comedians is returning to Scotland in November after a highly successful month long stint at the Edinburgh Fringe last month.

Unblocked, the name given to the new tour from Jason Byrne, has more than one meaning after the comic has not only had his heart unblocked after a health scare and has been given a new lease of life.

The 50-year-old, is also now unblocked on social media platforms for some of his encounters with other well-known celebrities and he is guaranteeing laughter will be the only dish on the menu he’s serving up at this shows.

“I’m unblocked and ready to go!” Byrne said. “My arteries are unblocked, I’ve been unblocked from TikTok and other social media, my brain is flowing at full capacity and I’m finally ready to unleash the full potential that is Jason Byrne.”

The tour will kick off on September 15 at The Stand in Newcastle, before playing 30 shows, which includes two in Scotland. The Dubliner will perform in Dunfermline at the Alhambra on November 19 and in Glasgow at the Glee on November 20.

Byrne’s very own brand of organised chaos and near legendary stock-in-trade audience participation has seen him coined ‘the outright king of live comedy’ by The Times.

Speaking to The Irish Voice, Jason Byrne revealed his own beginnings in comedy were inspire by Scottish funnyman Billy Connolly.

“I loved watching Billy Connolly growing up. He made me cry laughing—he’s a great man.”

Byrne, who lost his father during the pandemic and came through a serious heart scare shared the impact the life-changing experience has had on him.

“I’ve learned to chill out a lot more and actually not worry about things so much. When you have a health scare, it gives you a second chance at how you look at life.”

When asked if he has learned anything personally from the pandemic, the Irish comic said: “It made everyone step back and reassess what is important. Although, I’m very grateful that I still got to connect with my audiences during the lockdowns.