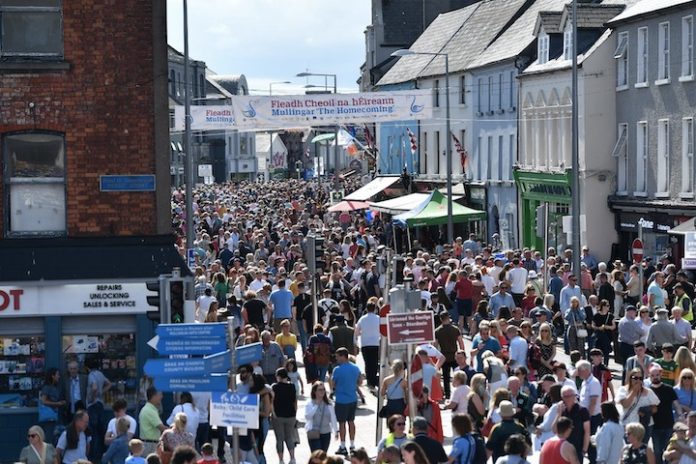 THIS years’ All-Ireland Fleadh was a tremendous celebration of culture with an incredible 10 days of music, song and dance with entertainment seen on virtually every doorstep.

Many people misinterpret the lineage of the Comhaltas-ran event thinking that the cultural organisation formed in 1951 to operate the first Fleadh, but no, the opposite is in fact true. On the back of the first Fleadh—or the ‘National Festival of Irish Traditional Music’ as it was then—Comhaltas formed in September with the aim of promoting traditional Irish culture and taking the event on annually.

Over the years, the Fleadh has travelled all over the Island of Ireland, from Donegal to Kerry, Sligo to Offaly and
even a trip to Derry as City of Culture back in 2013. Each town has its own feel and ‘flavour’ and amongst regular Fleadh goers, the discussions as to: ‘What was your favourite Fleadh?’ often bring out the weird and wonderful stories of good times past. Rarely do many people come to a consensus that each iteration was a ‘Great Fleadh,’ but Mullingar in 2022 seems to have bucked that trend.

Amongst the street sessions, the concerts, the gig-rig and the countless sessions in pubs, the Fleadh also has its competitive side being home to in effect the world championships of Irish music, song, dance, storytelling and more— and in keeping up with recent years, Scottish musicians once again shone across various disciplines.

Two Glasgow-based Irish music tutors Louise Hunter and Kevin Murphy were both leaping for joy on the back of the
success of many of their pupils showing the huge strength of fiddle, piano and piano accordion playing here in Scotland built on the strength of their dedication to teaching.

A first for this year’s Fleadh saw online streaming of many competitions including the showcase Senior Ceili Band competition which was available freely to watch online via the Fleadh Cheoil facebook page and via the TG4 player.
TG4 were also instrumental in beaming footage from the Fleadh across the world via their nightly Fleadh TV
programmes over the final weekend of the event, and there were even several features of Scottish musicians both in the opening extravaganza composed by Liz Carroll featuring a whole host of young Scottish fiddlers, and a special segment recognising the work of St Roch’s Ceili Band and the Irish Minstrels branch who this year had more than 90 musicians taking part in the competitions across the weekend.

The real highlight of the Fleadh, though, was the music filling every doorway in the town of Mullingar from morning until night. A brief walk through the streets in the town was enough to hear literally hundreds of musicians performing and enjoying Irish culture—a spectacle that really is without equal amongst any other cultural group.

Attention has already turned to next year’s Fleadh and the location with three locations vying for the event. Standing in Mullingar’s way are Belfast and Wexford Town, though many feel that on the back of the joyous events of this year’s Fleadh, it is all but guaranteed to head back to Mullingar and Westmeath who are on cloud nine following on from the recent crowning of Westmeath resident, Rachel Duffy, as the Rose of Tralee, capping off an incredible month for the region.

In the 71 years since the first Fleadh in Mullingar, many faces have come and gone, and the Irish music world has become unrecognisable, both in terms of quality and the sheer number of people enjoying Irish music, song and dance, but one thing has remained the same and that’s the dedication to Irish culture, which looks like it’s already in great shape for the next seven decades and more!