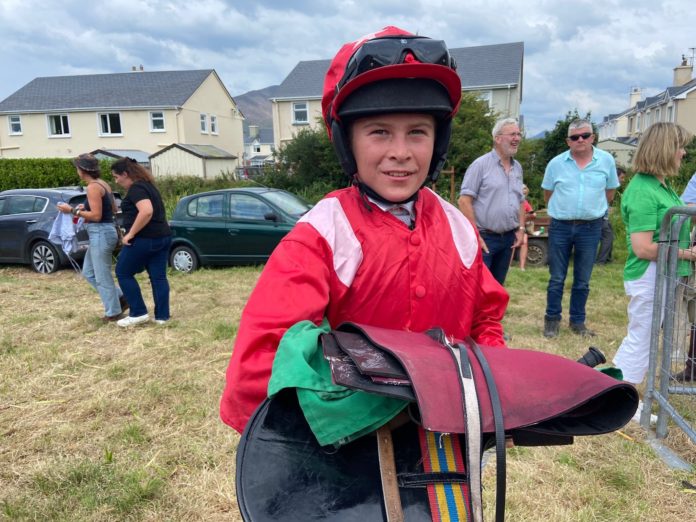 IT WAS really sad to hear of the death of young Jack De Bromhead, the 13-year-old son of trainer Henry and his wife Heather. He was killed in a freak fall at Glenbeigh horse and pony races last month. A statement from the family described the teenager as ‘a one-of-a-kind child who touched all our lives in the best way,’ with the devastated parents adding: “Our hearts are truly broken.”

Tributes poured in from across the world of sport for the pony racing fanatic (above) who was known as a ‘very outgoing person who loved life,’ by family friend Peter Molony. Gigginstown Stud manager, Eddie O’Leary, paid his own tribute to him by describing his as a ‘lovely young man,’ who was touted to be a future star by pony racing followers.

A twin brother to Mia and older sibling to Georgia, the rider was known to racing fans having featured in various TV interviews as the likes of: Honeysuckle, A Plus Tard, Minella Indo and Minella Times carried all before them for his father’s County Waterford stable.

“Jack will be with us always at home in your family and friend’s hearts, always present and always cherished, with so many memories from your packed, extraordinary life,” his father said.

God bless him and his family.

Eyes on the prize
Trainer Ger Lyons was speaking recently after having three winners at Naas in July. “We can’t be complacent in thinking we have good prize money,” he said. “We need to keep an eye on prize money as we’re selling all our good horses. We all have to sell to survive, but we are losing quality horses as we don’t have the prize money. We’re looking after the ordinary horses all the time, but it’s the good horses who need looking after. If the prize money keeps trickling down, then in 10 years time we’re going to have a product that is not worth looking after.”

Strong words, but there’s a lot of truth in them.

Ones to watch
In September’s edition of The Irish Voice, I advised you to keep an eye on Andrew Balding’s horses. Well, he’s going really well with his horses having won 14 races at good prices and many more of his horses placed. Hopefully his run keeps going for the rest of the year.

Well done to jockey Wayne Lordan too, who produced one of the best rides this year in the Irish Cesarewitch to take the €600,000 prize. At the half-way point, he had 29 horses in front of him, but he managed to bring the bottom weight Waterville from last to first to win the race.