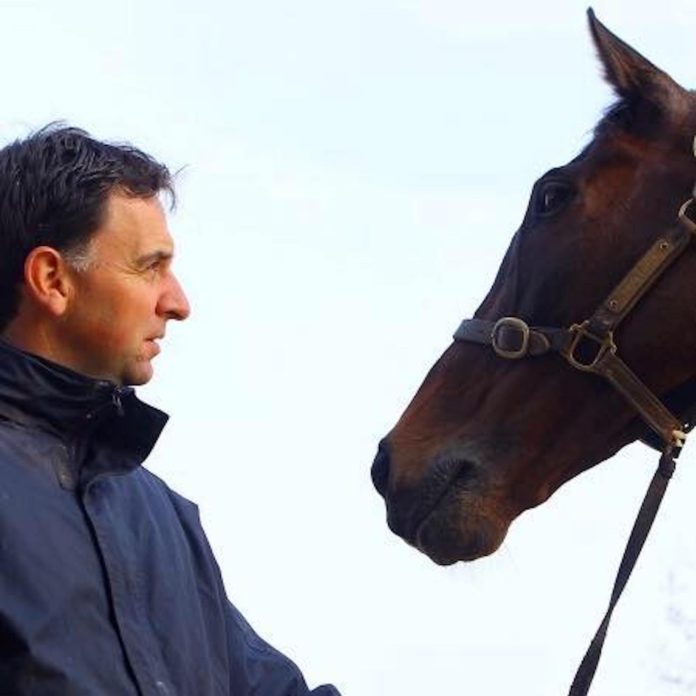 IT WAS nice to see Henry De Bromhead (above) back at the races in Thurles racecourse recently after the tragic death of his son, Jack, following a fall at the Glenbeigh horse and pony races on Rossleigh Strand. De Bromhead offered his heartfelt appreciation to the racing community for its support in the wake of his son’s passing.

The County Wexford trainer was speaking after having two winners at Thurles achieved with the services of stable jockey Rachael Blackmore, who is facing a spell on the sidelines following a schooling fall.

The trainer reported that his legion of equine stars such as A Plus Tard and Honeysuckle are in good shape ahead of their imminent return and revealed that they will be varying the approach for Bob Olinger, Minella Indo and Envoi Allen.

However, such matters are trivial when viewed in the context of what De Bromhead, his wife and their other two children Mia and Georgia have endured since the loss of Jack.

On with the show
Irish Racing will remain on Racing TV until at least 2029 after SIS and the Racecourse Media Group (RMG) won the bidding war for a five-year contract, allowing them to continue showing pictures from all 26 of Ireland’s racecourses.
Leading jumps trainer, Gordon Elliott, has come out in support of the decision and said he he had been impressed with the quality of coverage on RTV since they began showing Irish Racing in 2019.

“I think it’s a good move and I am pleased to hear the news,” Elliott said. “The broadcasters on Racing TV are second to none and I have to say that any time I’m not at the race and watching from home, I enjoy the coverage.”
Irish-based presenter of At The Races in 2019, Gary O’Brien, switched to Racing TV as did Kevin O’Ryan, while the Irish broadcasting team on the channel currently include Ruby Walsh, Fran Berry, Donn McClean, Jane Mangan, Kate Harrington and Lisa O’Neil.

Cheltenham clash ahead
Trainer Willie Mullins insisted that the Gold Cup will not be found wanting when it comes to stamina for jumps racing’s premier prize and all roads are leading to a blockbuster Cheltenham clash with reigning champion A Plus Tard at the festival in March. Mullins spoke of the most deeply anticipated clash of the jumps season by expressing his belief that Honeysuckle is a huge price to retain her Champion Hurdle crown against rising star Constitution Hill, who is favourite at 5/4 with Honeysuckle at 4/1.

“Maybe Constitution Hill has wings and I’ll gladly celebrate with owner Michael Buckley if he wins, even if he beats me,” Mullins said “I wish them the best of luck this season. Cheltenham can’t come quick enough.”